Open Door was planted out from St Botolph’s in Barton Seagrave in 1993. After a time of being an independent, Open Door began to seek apostolic oversight from Newfrontiers. This was finalised in 2002 when Open Door became a Newfrontiers church plant. 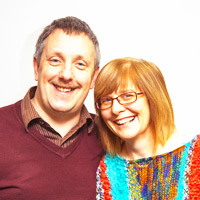 Adrian Horner joined Open Door with his family in 2003 having moved up from Hertfordshire (Bishop’s Stortford) following a clear call of God to come to Kettering. Adrian has been working for the church full time since July 2006.

The church has grown considerably over the years, meeting in several school halls in the town before moving to the former Rehab nightclub in September 2012. God provided miraculously for this and we love to tell the story of generous giving, miraculous supply and God’s favour- read the story in full here.

Since moving into the Eden Centre the church has grown steadily, new ministries have sprung up and lives have been touched with God’s grace. We know God will go on building this church. In faith we move forward, depending on Him but also stepping out in courage as we make Jesus known in Kettering and beyond as we live in the power of His Spirit within us.

Open Door Church is part of the Catalyst group of churches within Newfrontiers and is a member of the Evangelical Alliance and Kettering Churches Together. Charity Number: 1147542. Open Door Church is a charitable company limited by guarantee. Company no: 8004090